TRUST  *  RELATIONSHIP  *  UNDERSTANDING  *  EXCELLENCE
​       Each day our speakers will share their experience on these topics as they relate to our personal lives and careers. 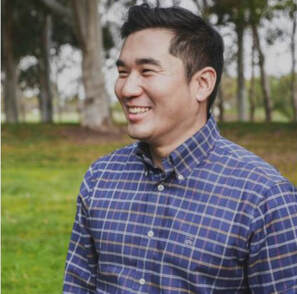 Damon Moon
Damon spent a lot of time growing up in different cultures.  He was born in New York, then moved to Korea when he was 3, then back to Florida at 7, back to Korea at eleven.  Later on as an adult, he spent time in Shanghai, China to learn Chinese, and in Rio de Janeiro, Brazil for his first job.  In 2010, he came over to the U.S for his master’s degree. He worked at PwC advisory, where he helped power and utilities clients leverage the latest technologies to improve their operations.  Recently he worked at Samsung, where he identified strategies for capturing opportunities at the interactions between business and various technologies. Damon is now starting a new venture, helping leaders become leaders we all want to follow.
Education:
Damon holds a Bachelor's degree in Mechanical and Aerospace Engineering from Seoul National University, and Master’s degree in Business Administration from UCLA.  He lives with his wife, Joy and two young kids in the Bay Area.
LinkedIn: https://www.linkedin.com/in/damonmoon/
Email: damon.moon@gmail.com
See below to hear an intro by Damon.

Becky Zeigler
Becky was born in Canada and grew up in the U.S. She is of Japanese Chinese heritage.  She has a diverse background in Healthcare and Business. Initially, she studied Engineering, but switched majors to become an Occupational Therapist. She worked in a variety of Psychological and Physical Disabilities settings as well as private practice.  Later, she was recruited into Medical Sales, where she covered the Northwest Region teaching in hospitals and universities throughout the Northwest, providing consultation for therapists and clinics.
Currently, Becky is on staff with International Students Inc. and a spiritual director. Her and husband Simon and their teenage daughter reside in Davis, CA. Her passion is accompanying others to listen to their life.
​Education:
Becky received her B.S. in Occupational Therapy from San Jose State University and a Certificate in Spiritual Direction from Mars Hill Graduate School in Seattle.
Email:  beckyzeigler3@gmail.com
​See below to hear an intro by Becky.

Alfred Koala​
Alfred was born in Burkina Faso, West Africa, suffering extreme poverty & famine as a child. Despite the challenges, Alfred graduated from high school at age 24 and came to the U.S. as an international student in 2007.
Alfred brings to our TRUE conference the heart to help solve social and economic problems related to poverty, famine and the lack of clean water. He founded the NGO Feeding Nations Through Education (FNTE), which equips and trains African villagers with sustainable tools and education. Through FNTE, thousands now produce their own food with surplus, and hundreds of children now have access to education. Alfred also works as a senior software engineer for VSP Global in California where he resides with his wife and their two children. Alfred is an amazing speaker who brings inspiration to his audience. He speaks to thousands both here in the U.S. and in Burkino Faso, earning several awards for his contributions.
Education:
Once in the U.S., Alfred graduated with a Bachelor of Science degree in Accounting Information Systems from Cal State University, Chico followed by an Executive MBA from Cal State, Sacramento.
Email: koala@feedingnations.org
Website: www.feedingnations.org
LinkedIn: https://www.linkedin.com/in/alfredkoala/
See below to hear an intro by Alfred.
BACK TO THE TOP